Both of these issues are sure to bring a lot of debate and discussion to our north shore! What are your thoughts?

A perfect storm is about to strike Hanalei, but it’s neither a hurricane nor a tsunami.

Actually, it may be two separate storms that loom on the horizon for the small North Shore community, and although no provable tie between them can be discerned, they appear destined to occur simultaneously.

If both converge, Hanalei will confront an epic surge in tourism in an environment in which existing visitor capacity is already strained at least to the limit — but more likely already substantially beyond it.

The first of the storm centers is an 80-unit luxury hotel to be announced perhaps as early as this week by developer Jeff Stone. The Princeville Lodge and would be constructed on the ridge above Hanalei Bay that has been in play and the subject of intense community controversy for decades as a potential resort or luxury home development.

What to Expect During a Home Inspection

Getting pre-qualified (or pre-approved) before you come to Kauai to buy a condo or home.

What Canadian Buyers Need To Know About Buying In Hawaii

What is a CPR / Condominium Project Regime?

Buying your dream second home as a vacation rental on Kauai. 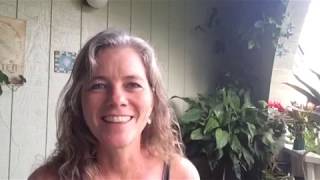 The meaning of aloha!

Hōkūleʻa's Mālama Honua Worldwide Voyage continues into 2018 with it's next stop in Hanalei!

Buying a home or vacation rental: reviewing your condo documents